Around 1853, Baron Georges-Eugène Haussmann got to work on what is arguably the most successful — and most admired — renovation project of all time: a comprehensive overhaul of the streets, parks and buildings of Paris. After all, he is the man who untangled the city’s original medieval footprint, called for a vast annexation of surrounding suburbs and unfurled wide boulevards in tidy lines across the city. Haussmann also played an integral role in shaping the architectural profile of Paris. The city’s glorious, distinctive residential buildings were built to Haussmannian specifications: large (often whole-block), stone-faced, five-floor structures marked by the perfect alignment and symmetry of their balconies, windows and mansard roofs. Inside, the spacious apartments featured equally elegant architectural flourishes: high ceilings, parquet flooring, floor-length windows and intricate wood and plasterwork.

In addition to being incredibly sought-after by homeowners, these details form the archetypal image of a Parisian apartment. At a time of year when French festivities of all types — Bastille Day! The Tour de France! Haute Couture Fashion Week! — converge, we’ve assembled a gallery of 16 images that highlight the versatility and timeless chic of the classic Paris apartment. Below, see some of the crème-de-la-crème of Parisian interior design.

Architect and designer Jean-Louis Denoit calls the living room of this Paris pied-à-terre an “ode to gray.” Image by Xavier Bejot, courtesy of Rizzoli. 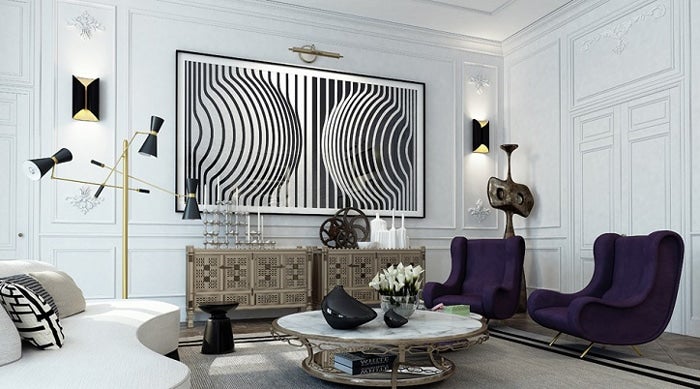 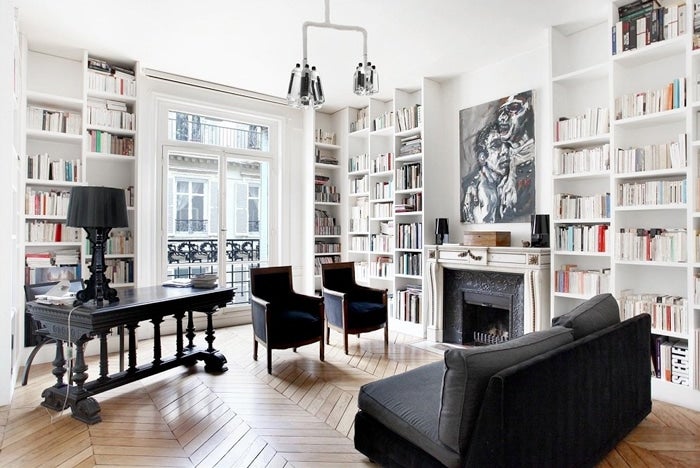 Classic Parisian touches — chevron floors, a wrought-iron balcony — are offset by more contemporary elements, like a Ferruccio Laviani lamp, in this stunning library. Image via Designs With Jessica. 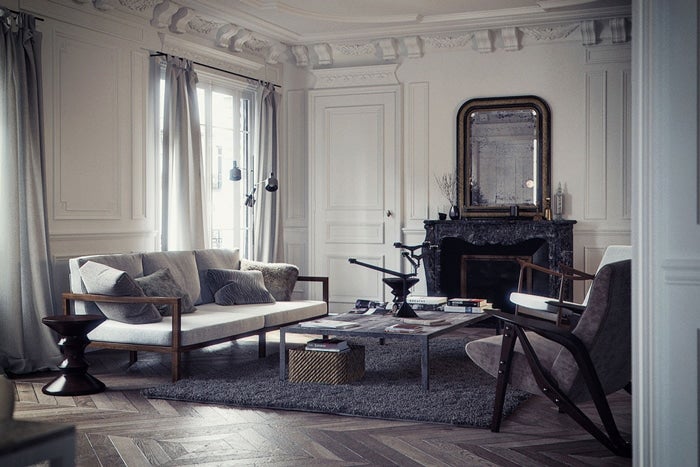 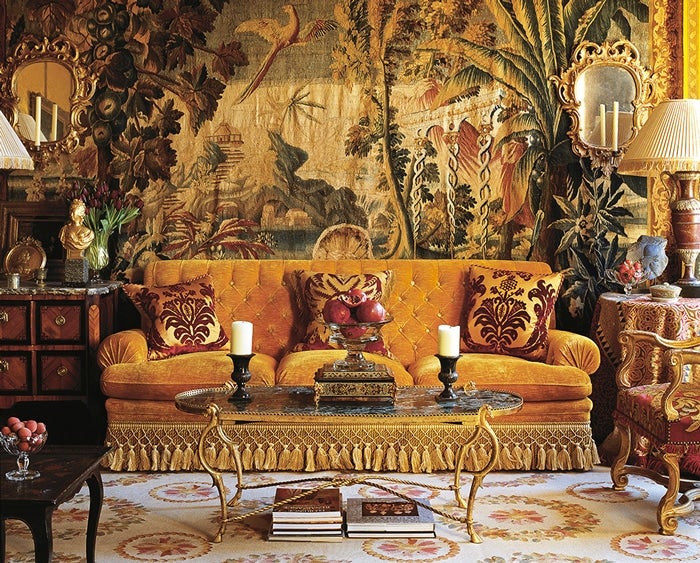 Interior decorator Alidad describes his designs for this lavish Parisian drawing room as “the embodiment of beauty, warmth, character and comfort.” Photo by James McDonald, courtesy of Rizzoli. 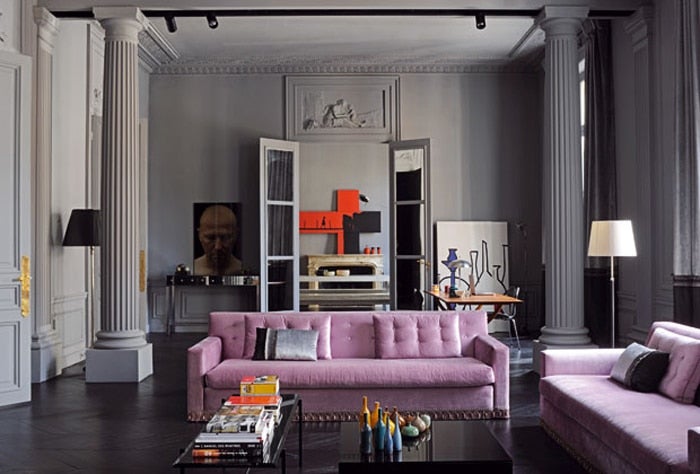 The grandly proportioned home of Florence Badoux is an ideal showcase for the designer and architect’s collection of contemporary art — and an advertisement for the unlikely combination of lilac, tomato and dove gray hues. Photo by Richard Powers. 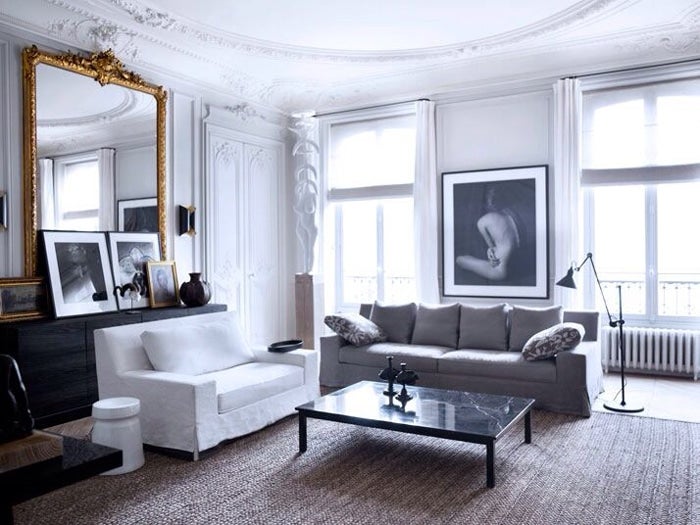 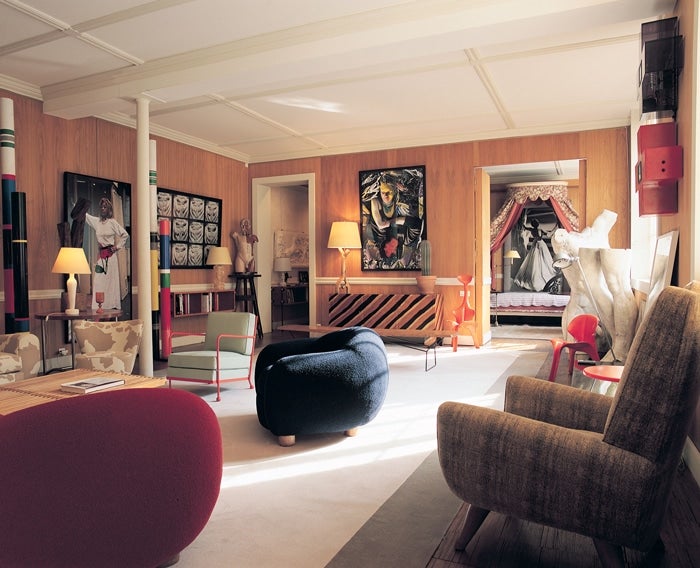 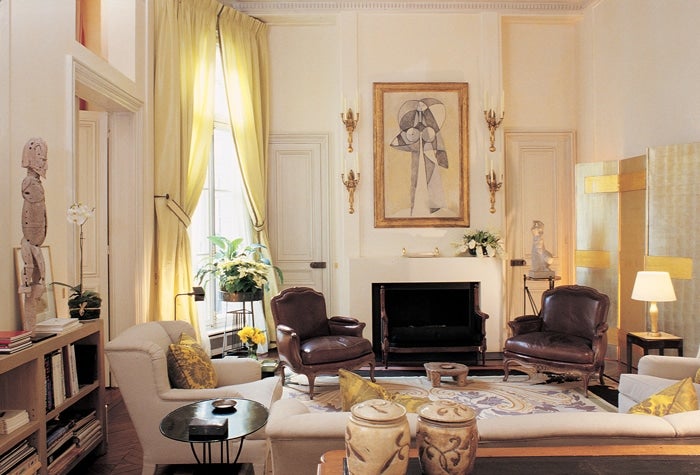 This Parisian living room — another project by Grange — is both spirited and graceful, thanks to its deft employ of lush volumes, a creamy palette and precisely balanced groupings. Image by François Halard. 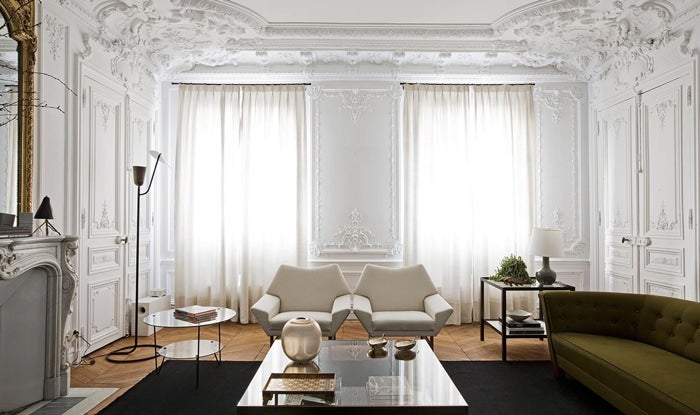 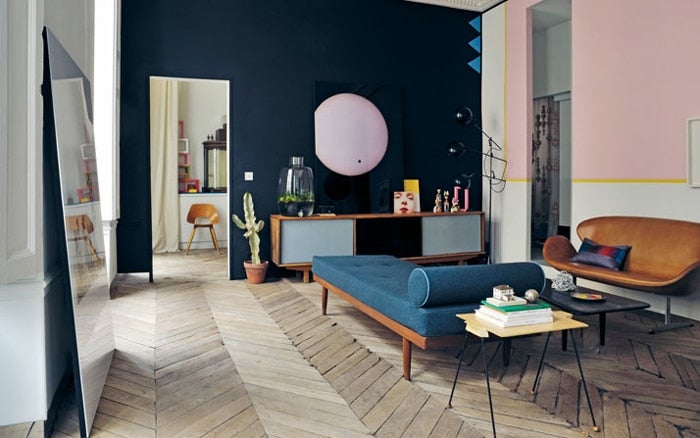 Jean-Christophe Aumas — an art director for Voici/Voila, whose clients include Louis Vuitton and Céline — filled his 10th-arrondissement flat with icons of midcentury modernism, including an Arne Jacobsen Swan sofa. Photo by Christian Schaulin for Dwell. 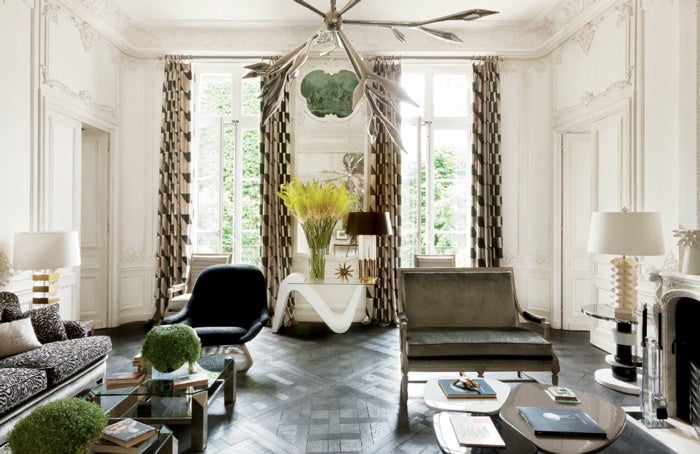 In the Paris home of Lauren Santo Domingo, legendary interior designer François Catroux used a mix of elements — like a chrome Herve van der Straeten chandelier — to telegraph “a mixture of grandeur and bohemian style.” Photo by Oberto Gili for Vogue. 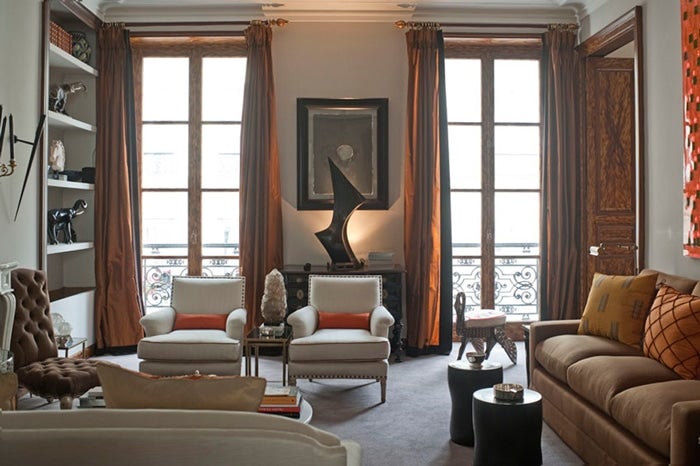 The Left Bank duplex of interior designer Tino Zervudachi — one of namesakes behind the firm of Mlinaric, Henry & Zervudachi — is at once sophisticated and inviting. Photo by Marianne Haas. 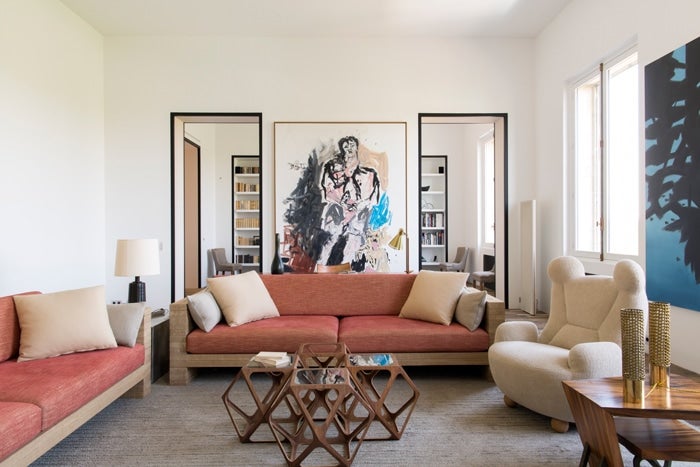 In this Quai Anatole apartment, French designer and architect Pierre Yovanovitchshowcases his mastery of composition and curation. Image courtesy of Lux Productions. 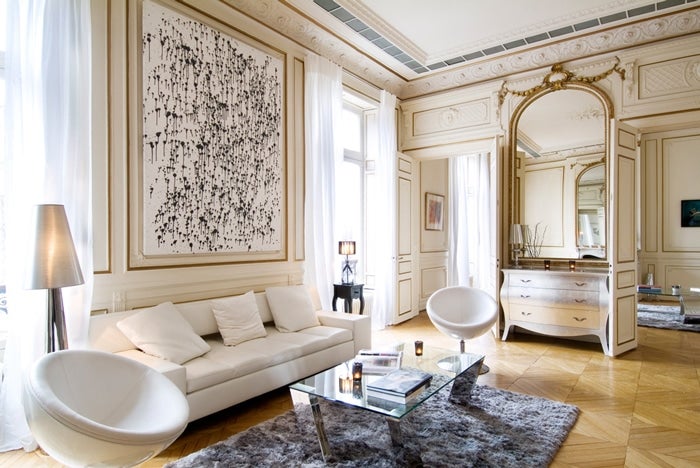 Potential buyers want to walk into a home that seems warm and inviting. END_OF_DOCUMENT_TOKEN_TO_BE_REPLACED

Where The Real Estate Market is Flourishing

Real Estate in The Aftermath of Super Bowl 50

Following the showdown between the Panthers and the Broncos, the attention END_OF_DOCUMENT_TOKEN_TO_BE_REPLACED

Los Angeles Has The Fewest Rentals of All Big Cities

The rental vacancy rate for the Los Angeles area is down to 2.7 percent. END_OF_DOCUMENT_TOKEN_TO_BE_REPLACED

Home Staging Tips You Should Know

Home staging affects the sales process in many significant ways; if it's END_OF_DOCUMENT_TOKEN_TO_BE_REPLACED

Going green is an increasingly popular lifestyle trend. Not only will green END_OF_DOCUMENT_TOKEN_TO_BE_REPLACED

These 12 trends reflect ways to deal with environmental challenges, the END_OF_DOCUMENT_TOKEN_TO_BE_REPLACED

Do You Feel Like You’re on a Never-Ending House Hunt?

Buying a home is one of the biggest decisions you’ll ever make. The END_OF_DOCUMENT_TOKEN_TO_BE_REPLACED